If you move a goldfish from its bowl into a large lake, the goldfish will still swim in the same small circles. He doesn’t know any other way because the poor thing is trapped in its own belief system. My point is that when we question our beliefs, and what are beliefs but programs we’ve bought into, we question our limitations. Now, I’d say that is a good thing because it’s the first step to making positive changes in our lives!

Ask yourself, does this belief serve me? Does it get me to where I want to go or does it take me further away? Unlike the goldfish, we are capable of critical thought. If we want to move on in life, if we’re feeling stuck, then isn’t it about time to give it a real think and question our beliefs and our limitations? Isn’t it time to start thinking out of the box and not going along with the status quo?

I thought I’d add this to the blog since I was talking about goldfish and since the news is often so horrendous, this may add a smile. 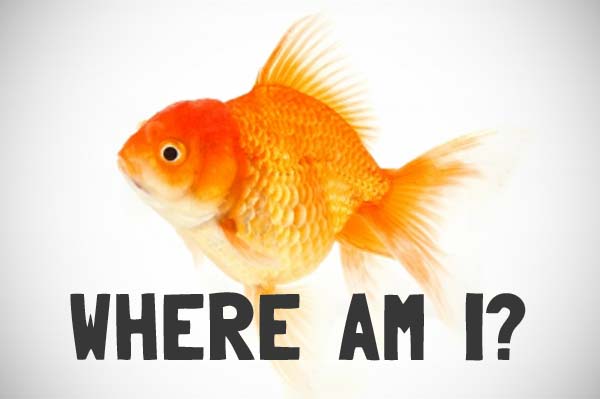 It all began one hot, summer morning as we were getting ready for a day at the local water slide park. My mom was busy making us tuna fish sandwiches while Tiffani and I ate cereal. Suddenly, our oldest sister came bounding up the stairs with her new perm still smelling of sulfur. She quickly asked, “Mom, where is my other goldfish?” Puzzled, we all went downstairs to her room.

Sure enough, the goldfish bowl on the headboard shelf above her bed only had one, large black goldfish in it. Tiffani blurted out, “Do you think the big black one ate it?” We all knew that couldn’t be the case so we kept thinking. Then, my mom noticed a small orange spot on her pillow. “Where did this come from?”, she said. Looking around the bed, we still didn’t see the missing goldfish.

As we made our way back upstairs, the thought that the orange spot was somehow related to the goldfish kept our minds reeling. Suddenly, my mom’s face got very serious. “Stacey, come here,” she said, “Let me look in your hair.” Our eyes went wide as we hesitantly watched my mom pull her new curls to one side. Searching her hair, she said,”Nothing on this side…” As her hands delicately swept her hair to the other side, Tiffani yelled, “I see an eyeball!!!”

As Stacey heard these words, she screamed and began running around the island in our kitchen. Yes, the goldfish mystery was solved. Stacey’s goldfish had jumped (how it did this we will never know) out of its bowl and into her hair while she was sleeping. Eventually, we got the goldfish out her hair.

To make matters worse, since Stacey had had her hair permed the day before, she couldn’t wash it for two more days.

So, I was thinking about the message of this little anecdotal story which hadn’t been added by the author. Could it be look before you leap. If you think of something better, please do comment.